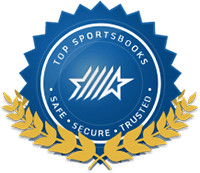 What’s as exciting as taking part in competitive video gaming, but a whole lot easier? Betting on it, of course – and you’ll find the best opportunities for doing that right here! eSports Betting Australia finds and rates the best bookmakers, shows the way to competitive odds, recommends unrivalled bonuses so you don’t need to spend valuable time hunting for them yourself.

Stick with us if you want to get into potentially lucrative betting on competitive gaming, or if you’re already familiar with it and you’re looking for Aussie-friendly online bookmakers. We’ll make sure just about everything you need is only a click away.

Committed To Quality, Fairness, And Safety

It’s easy to think of the best eSports betting sites in Australia as being those with amazing odds for an array of games, a layout that’s easily navigable and mobile-friendly, and big, beautiful bonuses. Yes, the brands that we recommend are all those things, but that’s not all that goes into a top-quality online bookmaker.

In our search for finest experiences Aussies can have when betting on gaming tournaments, we also look for bookies that are committed to:

We’re all about best practise – and that also includes licensing, regulation, and data encryption. With that in place, you know a site’s reputable and that punters are protected from fraud and data theft.

Numerous games have risen to prominence in the realm of eSports, and those are at the heart of dedicated leagues and highly anticipated tournaments around the world. The Australian eSports betting sites that we recommend cover most, if not all, of those games. Among them are the likes of:

Dota 2: Released in 2013, Dota 2 is what renowned tournament The International is all about. Dota 2 is the Valve Corporation’s multiplayer battle arena sequel to Defense of the Ancients: All-Stars. The game’s normally played by teams of 5 that defend their area on the map, while trying to attack other teams’ areas. Find the best Dota 2 odds with us.

Call of Duty: The world’s best-selling first person-shooter series, the Call of Duty games are set in various eras and locations, from World War II, to outer space. The biggest tournament is the Call of Duty World League. The first game launched in 2003, and the series has been used in eSports since 2006.

League of Legends: First released in 2009, League of Legends is a multiplayer online battle arena game with a fantasy theme. The game is usually played by two teams of 3 to 5 players each. The biggest tournament is the League of Legends (LoL) World Championship. Look out for it at recommended Australian eSports sites.

Overwatch: Developed and published by Blizzard Entertainment, Overwatch is a multiplayer first-person shooter with a sci-fi theme. Teams of 6 players each try to take control of various locations on a map. The biggest tournament is the Overwatch League, and you can find the most competitive odds with us.

Choose from a variety of eSports bets at the secure, Aussie-friendly brands we recommend. Some of those you’ll find are:

Tournament Winner: Simple on the surface, tournament winner bets see you guess which team or player will win the tournament. Don’t be fooled – they’re tricky!

Match Winner: If you’re new to eSports betting, you may find that picking the winner of a match (one game within a tournament) is simpler than trying to predict how a tournament will play out.

First Map: Offered on some first-person shooters, such as CS:GO, first map bets see you bet on the player or team you think will win the first map.

First Blood/First Kill: Bet on the team or player you think will make the first blood or first kill in a match at the best eSports betting sites in Australia.

Odd/Evens: At some online bookmakers, you can bet on whether the number of players ‘killed,’ games won etc., will be odd or even.

Many recommended brands also offer over/under bets, accumulator bets, handicap betting, and system bets. Wondering whether you can enjoy the thrills of live betting on eSports as you would with sports such as football, rugby, and cricket? You’ll be glad to know that, yes, you can enjoy live eSports betting at many sites that we promote.

Along with brilliant odds on the most explosive eSports action around, we also point you in the direction of hefty bonuses and Free Bets, loyalty programs, and other ways to enhance the experience.

Use trusted credit cards, web wallets, and other mechanisms to make secure deposits and withdrawals, and access support via live chat, email, and other methods at the sites we recommend. Revolutionise your eSports betting with us.